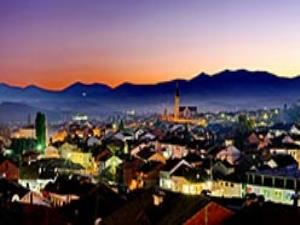 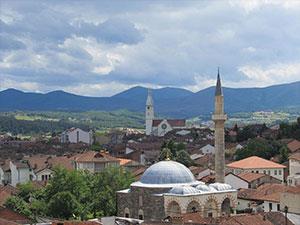 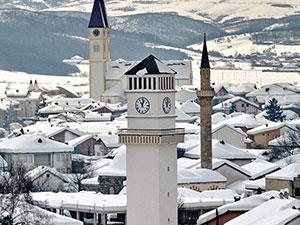 Gjakova is a city and municipality located in the Gjakova District of western Kosovo. Geographically, it is located in the south-western part of Kosovo, about halfway between the cities of Pec and Prizren. It is approximately 100 km (62 mi) inland from the Adriatic Sea. The city is situated some 208 kilometres north-east of Tirana, 145 kilometres north-west of Skopje, 80 kilometres west of the capital Pristina, 435 kilometres south of Belgrade and 263 kilometres east of Podgorica.<div>You can stroll Çarshia e Madhe, or the Grand Bazaar the oldest and largest bazaar in Kosovo measuring in at approximately one kilometer long you can visit Hadum Mosque,&nbsp; Pauly and Pete’s Cathedral, another&nbsp; another symbol of Gjakova and one of the tallest buildings in the city. <a href="https://www.kosovo-holidays.com/kosovo/gjakove/hotels-in-gjakove/58786cf5-e6c2-4a5f-9f93-fddec8e4d4d8">Here</a> is a list of Hotels in Gjakova, Kosovo</div>